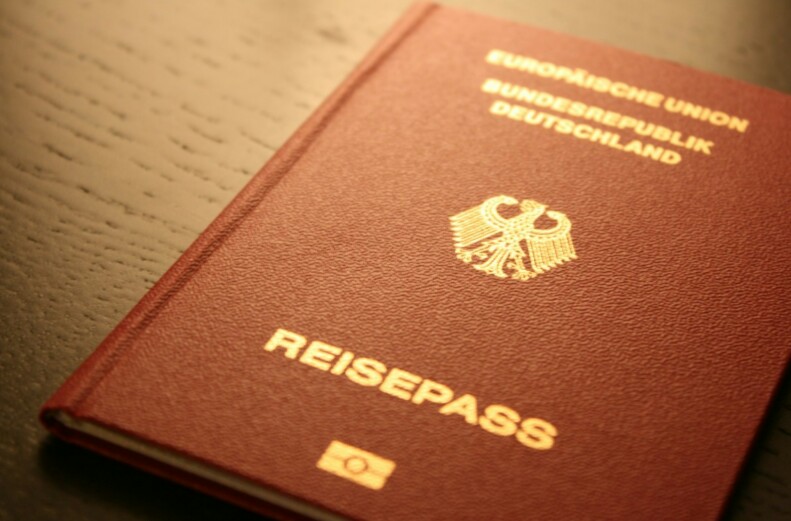 There were more novels available in my childhood than television shows, and I was brought up to be quiet, seen but not heard. A book in my hands kept me quiet for many hours. Such a perfect child. I finished my first crime novel at the age of four, scribbled on a few pages of a small note pad. A mysterious train pushed past the narrator in the middle of the night; I could only write half a dozen words at the time.

As a teenager I dreamed of becoming an actor. In 1980’s West Berlin I worked in small productions while cleaning offices or scooping ice-cream to pay for singing and stage-fencing lessons. During a show’s run, I only came alive at night for a very painful and wondrous two or three hours. The rest of the day I spent hiding in my apartment, trying to recover in time for the next performance, fearing the moment I would have to appear onstage again. I had nightmares of forgetting my lines.

Every writer I know is a totalitarian. Some hide it better than others, some are more eccentric than others in their need to command spaces and characters. In my case, I wanted to participate in life, but I also wanted to decide how exactly things would occur. I was nastily awkward, abandoning friends in bars and coffee shops when I felt I needed to be alone. I was better at dreaming up how life should be than at navigating how life was. And what I dreamed up felt safer, more complete, more fulfilling at times than what I managed to assemble as the very flawed person that I am. Not only was I awkward, but also vain, arrogant, irascible, shy, vengeful, insecure, and melancholic. It made meeting people interesting, but not enjoyable. And if something started out with promise, I made sure to fray and sever the bond eventually.

My love for the stage ended in a prolonged and nasty break-up, and looking for solace I sank back into books. They had been my companions as a kid, and I knew how to be quiet. Nobody could intrude on my reading and what my mind made of it. I was in control again, blocking out what I didn’t want to see. I started studying literature at Berlin’s Free University; a good friend of mine was writing short stories, and ever the envious and jealous type, I tried it as well. I didn’t want to be excluded.

If I had stayed in Germany, I might have stopped writing. No workshops were offered at Berlin’s universities and I didn’t know any established writers. But I hadn’t just been studying literature — I was a student at the John F. Kennedy Institute for North American Studies. I had fallen in love with the United States on a month-long cross-country trip, and a scholarship with the German Academic Exchange Service seemed — for a person without any real income or wealth — the only way to spend a year in America. That’s what I wanted — one year in America. American literature was my ticket. That this scheme worked out is still a miracle to me. When I think back on that time, I forget to breathe. So much could have derailed that ambition. It was a fork-in-the-road moment, two versions of me separating forever. A bit of dumb luck pushed me into this particular path and into the pool of students who were sent off to the States. And a bit more of dumb luck made me meet the poet Irving Feldman in Buffalo, NY.

He taught fiction in the fall and poetry in the spring. He was a merciless teacher, and a kind one. He forced me to be patient, he wanted characters to be alive, outside of the author’s chokehold. His critiques were harsh and always fair. He loved our work more than we loved it. And he loved picking it apart and explaining how we had assembled the pieces.

After finishing a masters degree, I was supposed to go back to Germany, but I didn’t. The only legal way to stay in the country I had fallen in love with was to keep studying. I applied to Creative Writing programs and was accepted at the University of Michigan. I had bought myself another two years in America.

A few months before leaving Buffalo I fell in love again. We met at a bus stop, and I invited her for coffee. Six weeks later I proposed. I had started to write out of envy and jealousy, I wrote because it bought me time in a country I wanted to know. But I kept writing because of my wife Sanaz. In our first ten years of marriage I hardly made a dime, and she never grew impatient, never got discouraged by rejection letters or shitty part-time jobs. But she demanded I read stories to her. She was the breadwinner, and I read stories to her.

If you do something long enough, it may become you. But it was a scary process for me. I tried to escape a life devoted to reading and teaching books. For two years in the early 2000’s, I took time off from writing. I worked in a running specialty store, selling shoes and organizing road races. It was a good time. I didn’t write much, but I ran. That’s really all I did. I trained and ran races. I loved every second of it, but eventually I had to think about what I truly wanted to do. I knew I was too old to achieve anything special in running, but I was also afraid of returning to academia. I had published my first novel, Next Door Lived a Girl, (Al lado vivía una niña) but it had gone nowhere. A second book had been accepted without much enthusiasm by a small publisher.

I didn’t sit down, brood a bit, and then come up with a solution. Brooding doesn’t do anything for me. It cooks everything slowly and thoroughly until only a brownish mush is left. I can’t find the chunks. So instead of brooding and finding a solution, we moved. I had wanted to live in Los Angeles for a long time, and after an especially nasty Midwestern winter, Sanaz, our dog Dunkin, and I, left Michigan.

The first job I got in Southern California was teaching at a local university, and I haven’t left the classroom since. It’s the only life that seems to suit me, and really, I can’t imagine anything more luxurious than talking about literature and writing. I feel at home inside a university. Universities, like families, have dark closets and many skeletons in every single one of the closets, but they are also places where people have the time to find out about the world, themselves, and skeletons. It’s a benign place for the most part.

I often tell my students it’s not the talent that counts. What counts is how many hours you are able to sit and work. A flat butt is more important than anything. After several years, Next Door Lived a Girl was discovered in Germany. An agent called me. The second book, Your House Is on Fire, Your Children All Gone (Puerta al infierno) was printed by a big publisher.

I don’t know what I think until I write it down. I’m still running and I’m still writing. I don’t enjoy every run, or every time I sit down to work. I don’t. An acting teacher of mine, Dagmar von Thomas, made fun of actors who professed to have fun during rehearsals. “Oh, we had so much fun, everything is fun” she’d say and roll her eyes. Her message was that the work was too hard to be fun. If you took the work seriously, how could you have time to have fun?

I believe that in writing it’s the same. I hate when people expect to have fun while writing, when they announce, “I had so much fun.” If you do something long enough, it becomes you, but you don’t need fun. You don’t need to announce you had fun. You don’t even need to claim the work you’re doing as your own. There was a time when authors’ names were not printed on the cover. That seems fair.

When you do something long enough and you let it become you, you feel dirty when you don’t do it. If I don’t run, I feel terrible. I feel dirty. I shower every day.